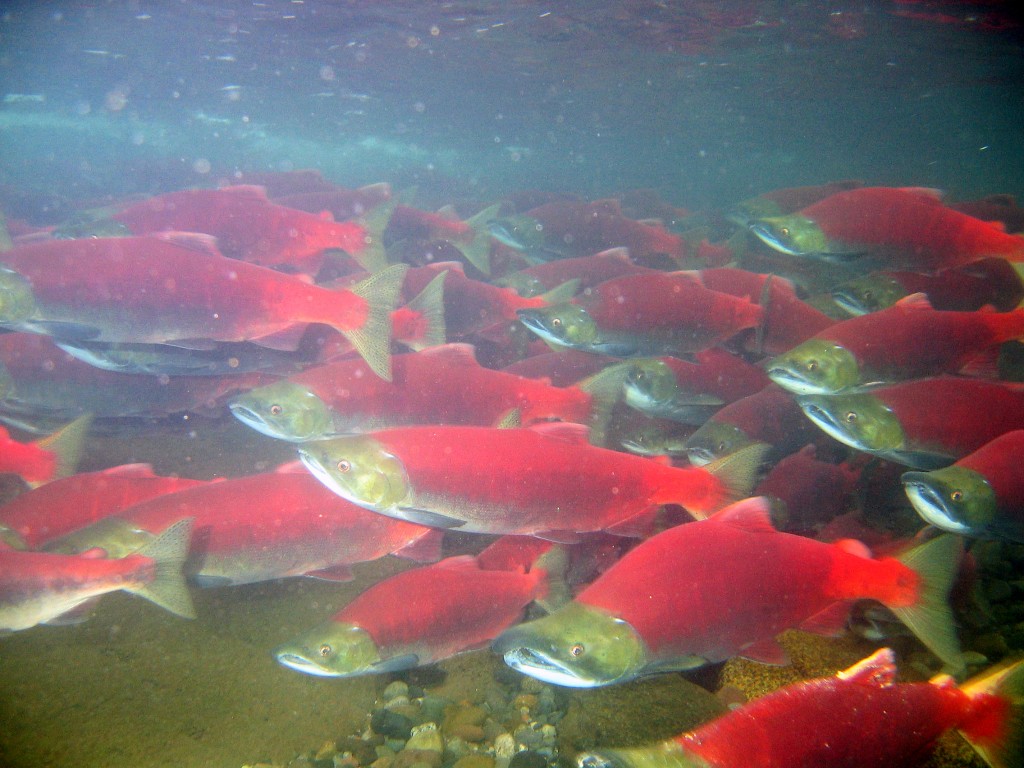 In 1931, President Herbert Hoover used his authority under the 1906 Antiquities Act to expand Katmai National Monument “for the protection of the brown bear, moose, and other wild animals.” The expansion included much of the land and water included within Katmai National Park today, such as its rugged coastline and the Brooks River area. However, the expansion made no provisions for people to use the landscape. People, I might add, who really never left.

On June 6, 1912, at the head of an isolated valley near the crest of the Aleutian Range, a volcanic vent opened that would unleash three cubic miles of magma over the next three days. The Novarupta-Katmai eruption was the largest of the 20th century and fifth largest in recorded history. In the last 200 years, only the 1815 eruption of Tambora exceeds its scale.

The closest permanent residents to the eruptive center lived at Savonoski, a tiny village at the head of Naknek Lake. When the eruption began, people fled Savonoski in small boats to Naknek, a journey of over 80 miles in one day. Petr Kayagvak who was part of the exodus described the journey as “helluva job,” perhaps somewhat subdued terms for the nature of the experience.

In the eruption’s immediate aftermath, perhaps no one thought the land would heal quickly and allow them to return to their homes. Archeological excavations later revealed that the 1912 eruption was only one of many to snow the ground with ash over the last several thousand years. The Brooks River area and most of Naknek Lake survived the eruption with relatively little permanent impact. Only 8-12 inches of ash fell at Brooks River, for example, allowing the land to heal relatively quickly. White trappers and Alaska Natives used the eastern Naknek Lake and Brooks River areas through the 1920s and 1930s.

In the fall of 1940, Mount McKinley National Park Superintendent Frank Been and U.S. Biological Survey biologist Victor Cahalane visited Katmai National Monument. At Brooks River, they witnessed Alaska Natives harvesting salmon. Superintendent Been likely saw some of Mary Jane Neilson’s family who traveled to Brooks River each fall. In her Master’s of Arts thesis Neilson recalled, “While we were at Qitirwik [Brooks Camp]…Grandma…and our parents would catch fish to split and dry. The men built racks to dry the fish at the mouth of Brooks River on the south shore. Fish racks were still up in the 1950s when the National Park Service became more visible in the area.” 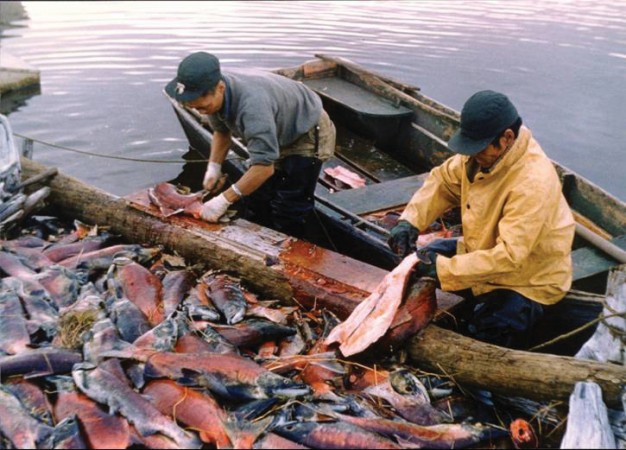 People process redfish at the mouth of the Brooks River in 1960.

The river mouth, partly sheltered and enclosed by spits of sand and gravel, provided people a safe harbor from wind-driven waves and a convenient spot to prepare and dry “redfish,” the colloquial term for sockeye salmon in the late stages of spawning. While not something you’ll find in the supermarket, redfish lack the oils of less mature salmon and dry more easily for winter storage.

Since the Brooks River area was within the monument’s boundaries at the time, the harvest was technically illegal. Neither the 1931 monument proclamation, nor any that came after, contained any provisions to allow the harvest. Over time, especially after the establishment of Brooks Lodge and with an increased NPS presence, the families who used the river mouth to gather fish began to feel unwelcome in a place that was always part of their home. 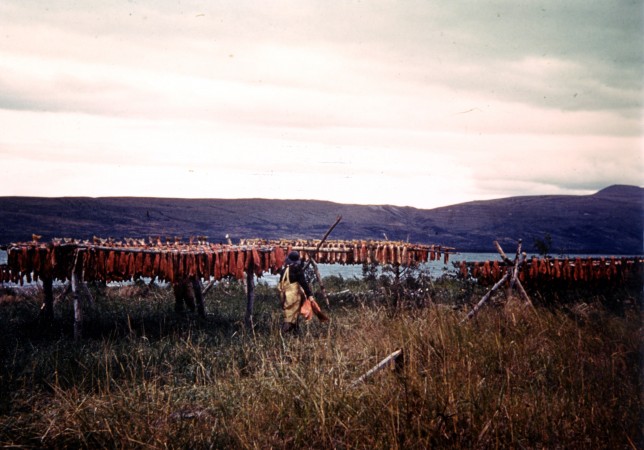 In the early to mid 20th century, fish racks laden with drying salmon were a common sight near the outlet of Brooks River

In 1996, Congress passed a bill allowing the harvest redfish once again. This is a special provision specific just to Katmai and only for “local residents who are descendants of Katmai residents who lived in the Naknek Lake and River drainage.”

Some of those residents own a small parcel of private land just south of the river mouth. As part of a legal agreement between Katmai National Park and the land owners, webcam views of the Brooks River mouth will be turned off between August 10-25 and during October. This is to provide privacy for family members of Katmai descendants who may use the “spit,” the long arc of beach gravel at the south end of the Brooks River mouth.

We’re not privy to what activities will take place on the spit, if any, and state subsistence regulations restrict the traditional redfish harvest at Brooks River between September 18 and October 31. The time in August, therefore, isn’t to harvest redfish, but it’s clear that the mouth of Brooks River represents more than just a place to gather food.

On page 173 of At the Heart of Katmai: An Administrative History of the Brooks Camp Area, Trefon Angasan Jr., brother of Mary Jane Neilson and who helped author the 1996 bill, conveys the importance of the redfish harvest in his life,

“Since the descendants could not resettle at the place of our forefathers, they returned under the dark of night to continue their sacred practice of harvesting, sensing that their ancestors were pleased with their continued practice of harvesting the redfish at the Brooks River. They felt that as long as they are able to continue this practice, they are not an abandoned people.”

Within a few hundred yards of the river, around 900 surface features are believed to be the work of people from several different cultures over the span of the last 5,000 years. Old beaches, preserved as upland terraces when the lake fell away and the river changed course, were perfect places to build communities near an abundant and predictable food source. Some terraces were occupied temporarily, but others were village and food gathering sites for centuries. Brooks Lodge sits on beach and river terraces that have been used by people for 2,000 years, the hummocky ground under the cabins exhibiting where people built their homes and buried their dead.

For me, as well as many webcam viewers, Brooks River is more than a novelty, more than just a place to watch a few bears get fat on salmon. It provides our lives with meaning. Our connection with this place is layered among those of many others who lived here in the past and those who continue to honor the river.