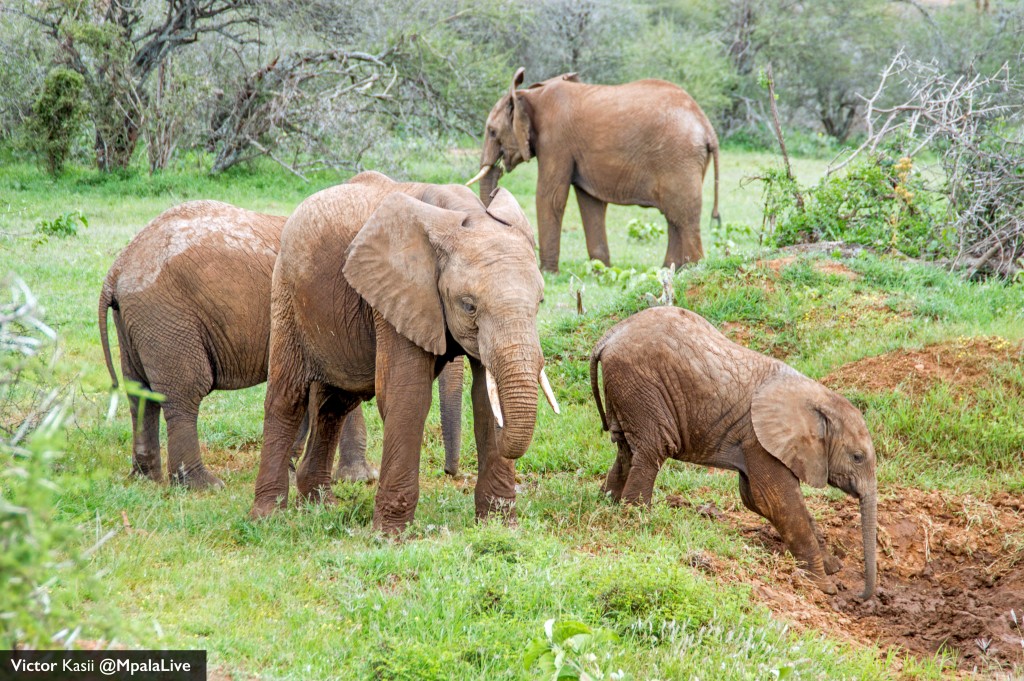 Many animal species in the savannah have adapted to rain patterns, giving birth when it is wet and green. In the plentiful season, young animals stand better survival chances.  At Mpala, the home of African wildlife on Explore.org, elephants, zebra‘s, hippos, gazelles, buffaloes and other animals can be seen with their young traversing the lush landscape as we approach the end of the short rains seasons that saw October bring a total of 90 mm of rainfall, compared to the long-term average of 54 mm around the same time in the past. 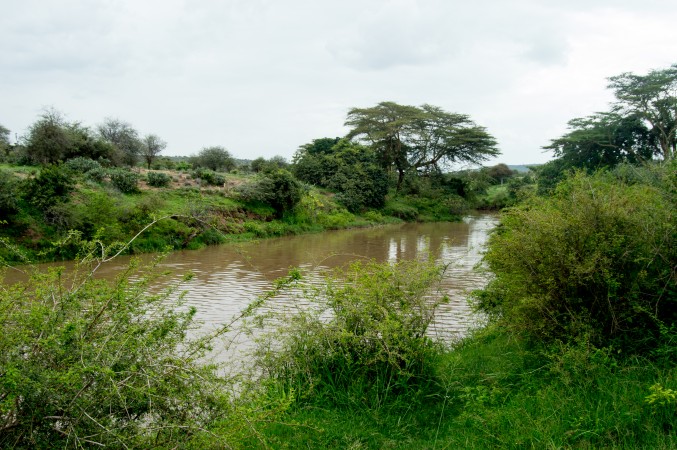 Part of the Ewaso Ng’iro river at Mpala

It has however been a tough year for the people and animals in the region covering the Laikipia Plateau and beyond. This follows a prolonged dry period in which wildlife numbers significantly reduced, and many pastoralists lost their herds to the drought. The rangeland’s main lifeline, the Ewaso Ng’iro river stopped flowing, spelling near doom for the ecosystem.

At the height of the prolonged dry season

Back at Mpala’s hippo pool, we witnessed sad and strange happenings including a mother hippo filmed mourning its stillborn calf. This unusual behaviour went on for a couple of days as the mother stayed close to the floating carcass, perhaps seeking to come to terms with the loss. Healthy baby hippos are born eight months after conception. Female hippos give birth to one calf at a time and leave the herd for a short period of time to bond with their young, that remain mostly submerged for safety. After a few weeks, the calves finally exit the water to feed on grass.

In another section of Mpala, security personnel and the Kenya Wildlife Service were busy saving the life of an elephant calf, recently orphaned and disconnected from the main herd. This young calf was airlifted to the Reteti sanctuary within Namunyak, in Samburu. 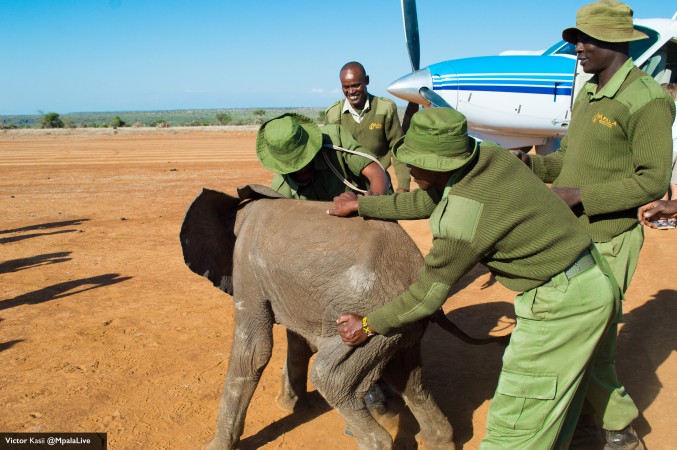 Elephant calves entirely depend on their mothers to survive. They can’t see very well at first, but they can recognize their mothers by touch, scent, and sound. The calves drink their mother’s milk for about two years, sometimes longer drinking up to 3 gallons (11 litres) of milk a day. After a few months and at about four months old, they can eat some plants, though they continue to need as much milk from their mother. At first, baby elephants don’t really know what to do with their trunks but by about 6 to 8 months, they begin learning to eat and drink. An elephant’s trunk has over 40,000 muscles enabling them to pick even the tiniest of food items from trees and on the ground.

Now with the rains upon us, back at Mpala’s hippo pool, viewers at Explore.org continue to witness animals bonding with their young. A family of vervet monkeys is likely out in the open grooming each other while the hippos bask in the morning sun. Both the male and female have dedicated roles to nurture and protect their young for most of the first year of life.