We are pleased to report that the baby elephant rescued here at Mpala Research Centre in mid-2017 is doing well. Her new home at the Reteti Sanctuary in Samburu is a perfect fit and in a recent report, Mpala the Playful, as they call her,  is jolly confident. Her happy nature has made her a delight to her family of rescued elephants and keepers.  To recap–her mother had been killed by poachers and we rescued her and arranged for her to be flown to the Retiti–about 415 miles away.
Back at Mpala’s hippo pool and watering hole, resident elephant families have dominated live camera streams on Explore.org in the last couple of days. As always, they are fascinating, beautiful and bewildering.

In November 2017, Mpala hosted a survey conducted by the Kenya Wildlife Service(KWS). The aerial survey was designed to count elephants and other large mammals in the greater northern Kenya landscape. The results indicate a rise in numbers of elephants compared to a similar count three years earlier. Good news followed the just concluded aerial survey as we ushered in 2018, with China shutting down a long-standing ivory trade culture. The move is being hailed as a major development in efforts to protect the world’s elephant population. 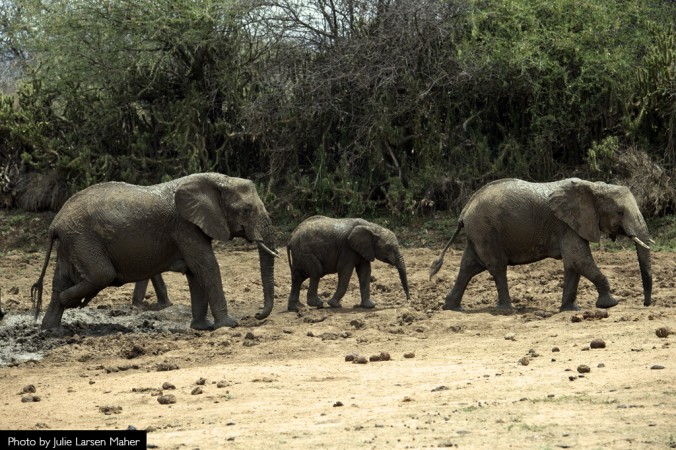 Back at Mpala’s watering hole and Explore.org’s home of African wildlife, viewers can only hope for bigger herds with adorable little elephants, conservation education, cutting-edge research findings topped up with great sights and sounds. If you find elephants fascinating, check out the Live Chat with elephant activist Paula Kahumbu hosted by Explore.org. She leads a campaign called “Hands Off our Elephants” which is part of the successful movement to protect Kenya’s giants. 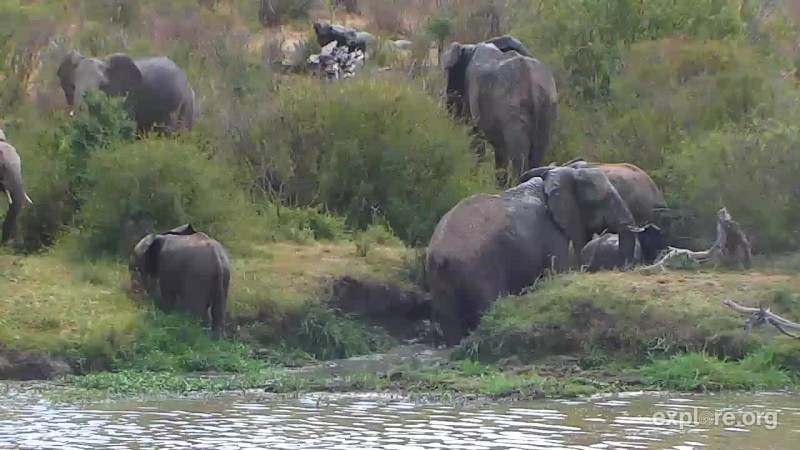