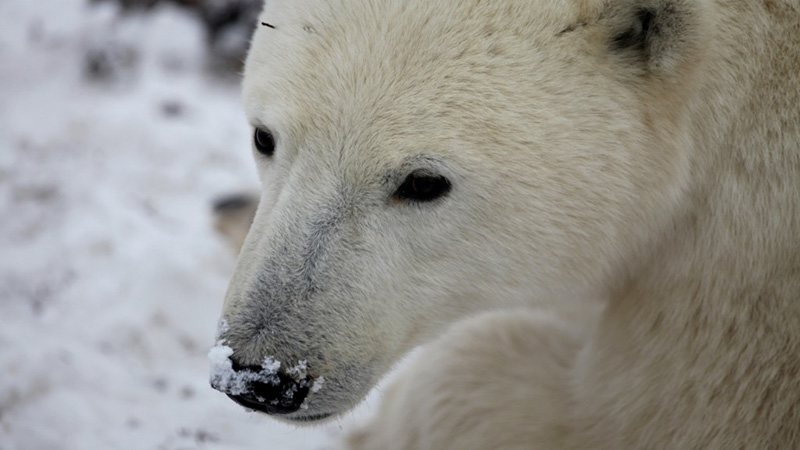 A polar bear roams the tundra.

Although it’s been two weeks since we last checked in with Ursula on the PBI Bear Tracker, there is not much new to report.

Ursula is still right around the same region she has been exploring for the past two months, northeast of Churchill in western Hudson Bay. This must be a productive hunting region, so why bother looking elsewhere? Ursula has now racked up a distance of 1345.15 km (835.84 mi) since the fall which is pretty substantial even if her home range isn’t especially large.

We don’t know if Ursula is officially on the market for a new mate yet, or if she still has her cub with her for the next few weeks. Either way, we wish her a very happy March and April as seal pupping begins in Hudson Bay and the next phase of her life (and her cub’s!) begins.

We’ll keep our eye on her and will update you again in the next couple weeks or if she decides to do anything new!