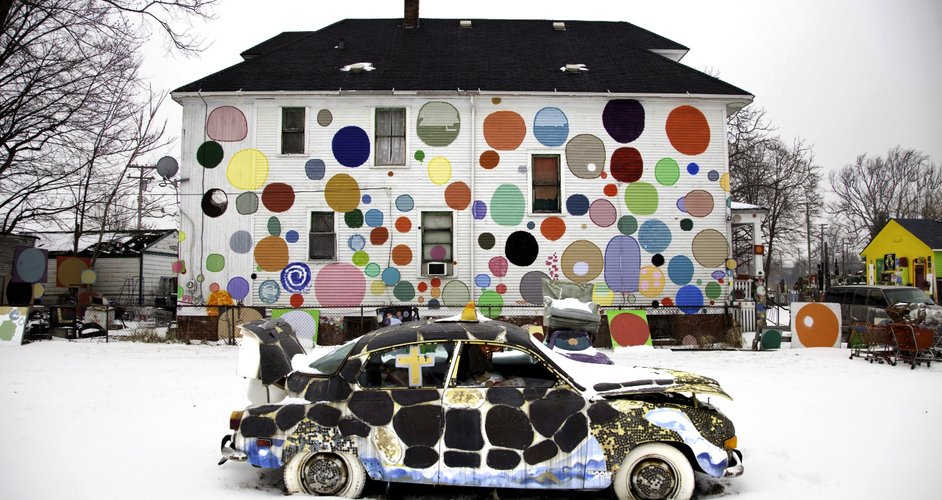 Decay as art by the Heidelberg Project

This Thanksgiving, think about the promise of the American Dream, an opportunity for prosperity and success earned through hard work. Detroit was once the fastest growing cities in the United States with a robust economy built in part by the auto industry and those who worked within it. Now Detroit is shrinking rapidly, a third of its residents having abandoned their town. Explore.org founder Charlie Annenberg traveled to Motown and talked with a few of its remaining citizens. You can watch a short film about his experience in “Detroit – the Renaissance of America.”

Charlie discovered that in the midst of bombed out houses and the hollow shells of factories, the American dream is slowly gaining ground again, re-birthed through the works of modern innovators like artist Tyree Guyton and his Heidelberg Project. During their stay in Detroit, the film crew got a number of breathtaking and haunting still photos of the seemingly vacant neighborhoods and the life springing forth from within.

A third of Detroit is now left vacant.

The Uniroyal Tire is an 80-foot tall reminder of what once was.

By the Heidelberg Project

Motown represented by the Heidelberg Project

Check out more shots from Volume 1 of the Detroit Renaissance.