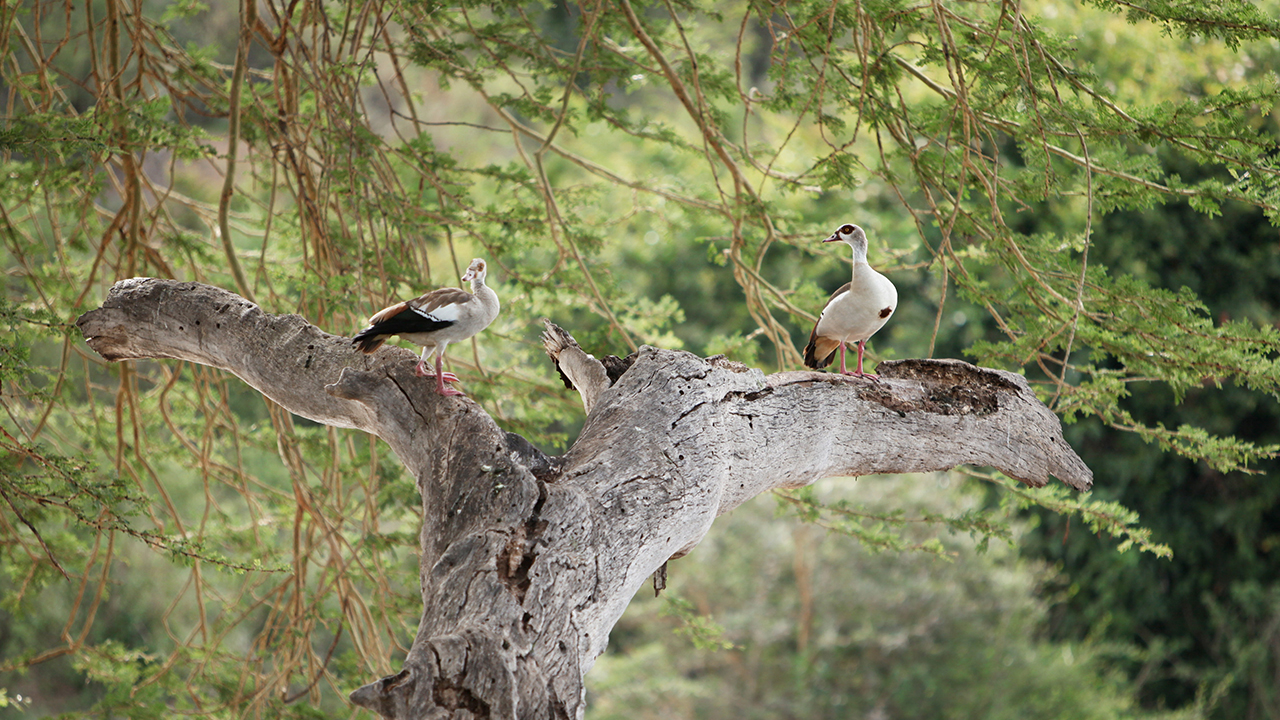 Val from Mpala has been watching you watching Mpala! She gives us some amazing facts to accompany some of those amazing snapshots you’ve captured of African birds.

Val from Mpala here. You’ve caught some lovely pictures of the Egyptian Geese as well as a Hammerkop. Here are some fun facts about both of them.
Egptian Goose—
It’s a cross between a duck and a goose.
They mate for life—forming monogamous bonds.
Because of their beautiful markings, they are often kept as ornamental birds. (Check out our recent blog post here.)
Hammerkops—
They build domed nests that are among the largest in the world—They can be six feet high and weigh as much as 110 pounds!
Both parents incubate the eggs—which take about a month to hatch.
Snakes, mongooses, and lizards sometimes live in the nest at the same time the hammerkops are using it.
Thanks to Explore.org you can enjoy this film of Mpala’s feathered friends and watch the African Wildlife Cams, live everyday, here.