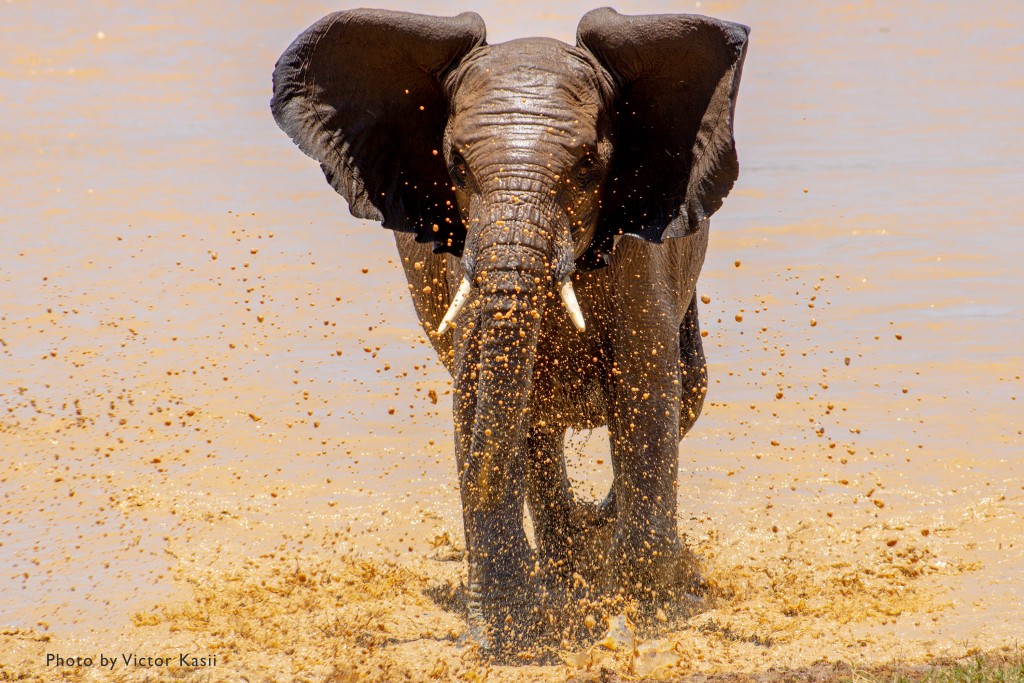 Mpala’s favourite watering hole continues to present fascinating sights and sounds of the Ewaso Ng’iro river. Of the estimated 100 mammal and 550 bird species in the region, including large populations of elephants and rare animals like the Grevy’s zebra, reticulated giraffe and the African wild dog, this watering hole, better known as the Hippo Pool,  provides the best of African wildlife action.

This week, viewers were treated to more drama when a juvenile elephant crashed a morning hippo sunbathing party. The hippos did not take the surprise appointment kindly, holding their ground against the intruder but only for a moment. That was before the elephant mock-charged, raising a cloud of dust that sent the hippos scampering, each one taking to the safety of the water. Young elephants display an unusual fascination with other species. Calves and juveniles enjoy playfully chasing birds, monkeys, and even larger mammals such as warthogs and hyenas. As elephants grow older, however, this lighthearted interest turns to aggression. Adults act very competitively with other species, expelling them from watering holes or chasing them away from their families. Indeed, elephants are one of the only species of herbivores that purposely kill other species. They do this by stepping on small mammals that have startled them or by goring humans or livestock.

It is not uncommon for elephants to get into confrontations with other species. Lone elephants in the bush are males that leave the family unit between the ages of 12-15. They may lead solitary lives or live temporarily with other males in a bachelor herd well into their adulthood. 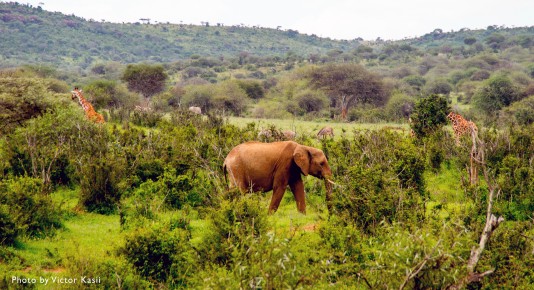 Around the ripe age of 30, males begin breeding with females and will temporarily rejoin herds when looking for a mate. It is during this phase, referred to as musth or must, when male elephants are characterized by highly aggressive behaviour coupled with a great increase in reproductive hormones. Testosterone levels in an elephant in musth can be as much as 6 times greater than in the same elephant at other times. Bulls do not have preferences for specific family units and will randomly move to different groupings daily and even hourly looking for reproductively receptive females.

It is never a dull when elephants show up on the live cameras (see more highlights here).  Note that elephants are active for 18 to 24 hours a day. While they spend the majority of this time foraging for food, they also enjoy a variety of other activities, such as water bathing, mud wallowing, and dust bathing. During the day, elephants rest while standing; at night, they may lie down for a few hours to sleep.