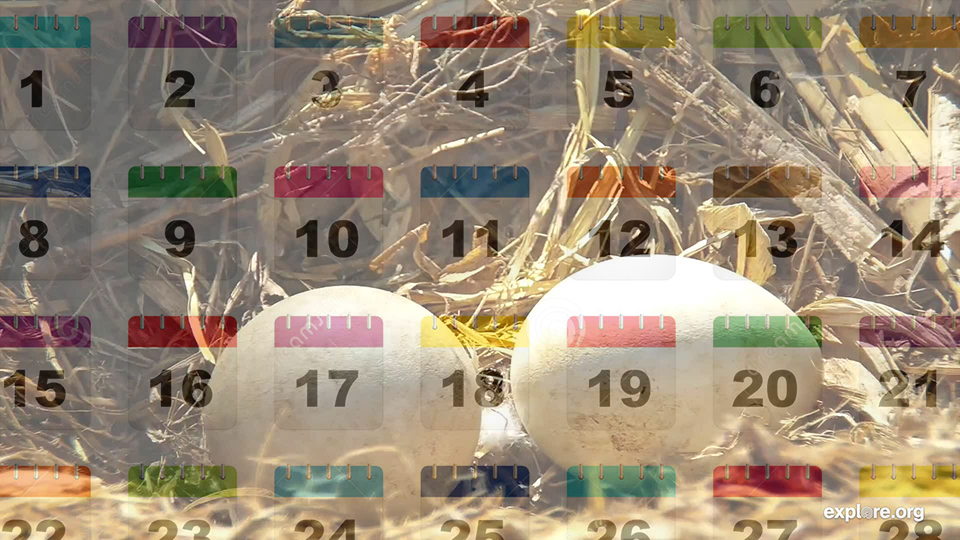 When will the Decorah and Decorah North eagles start laying eggs?

Tik-tok egg clock! When can we expect the Decorah and Decorah North eagles to begin laying eggs? If they follow their usual schedules:

What influences egg laying dates in any given nest? New females often lay a little later in their first year, something we’ve seen at our Decorah and Fort St. Vrain nests. Sometimes female eagles establish a schedule by their second year and sometimes it takes a few years to dial everything in! Mom Decorah and Ma FSV began laying eggs in early March and late February during their first few years on the nest. DNF was a bit of a surprise: we thought she might do the same thing, but she laid her first egg a day earlier than Mom Decorah last year. We’ll see if she moves a little earlier in 2020. 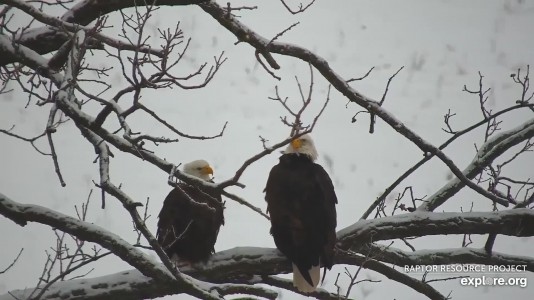 Weather can also influence egg laying. While it won’t push laying back by weeks, very cold, dry weather appears to make it harder for female eagles to accumulate the water they need to produce eggs. Our eagles have tended to go a little later in very cold, dry years. For example, the winter of 2013/2014 was famously harsh across the Midwest and eagles at all three nests laid late that year. Despite a freaky late April snowstorm, 2011/2012 was very mild winter in Iowa and Mom laid eggs early. We have a blog on that here.

What should we look for as egg-laying draws near? Copulation will become more frequent and more intense as gonads swell and eagles become fertile. Once our Moms are gravid, they’ll spend a lot more time on and around the nest: something that tends to be very obvious a day or two before egg-laying starts. We’ll also see them bring in materials for the egg cup, which might look nice and neat right away, or might be a giant fluffy pile that the eagles will shape as needed. According to the Updraft blog, an excellent source for weather and climate information, we’re enjoying the mildest winter in eight years. If we stay on trend, look for eggs on the early side at both Iowa nests!

Midwesterners have a well-deserved reputation for being obsessed with weather. But how do we determine the severity of any given winter? You can read more about that here and look up your region (or our rough nest locations) here.

How warm was the mild winter of 2011/2012: Bob was helping turtles cross the road near Lake Pepin on March 21 – a time when the lake is normally iced over! During the wild winter of 2013/2014, Lake Pepin still had 14 inches of blue ice sealing its lower stretches on April 9. Learn more here.