Snakes elicit all manner of emotions in humans and other animals world over. Some people shudder at the idea of being near snakes while others keep them as pets. Due to limited knowledge about these creatures, they are often misunderstood.
On one occasion, viewers on Explore.org were treated to a rare moment when a bright green snake slithered up the camera mast by the hippo pool. It was initially misidentified as the deadly and highly venomous green mamba but it was later correctly identified as a harmless non-venomous Battersby green snake,

On Mpala, the home of African wildlife on Explore.org, snakes are a common sight. If it is not a boomslang crossing a dusty path after raiding a weaver’s nest, it could be a cobra slithering away from an approaching research vehicle. It could also be a sand snake with an agama lizard in its mouth. 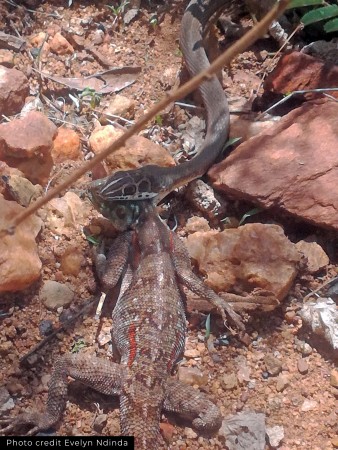 Unlike the non-venomous sand snake, the puff adder is lethal. What makes it even more dangerous is its uncanny character to stay in place and not slither away from approaching footsteps. Instead, this thick-bodied poisonous viper makes a soft hiss or sigh and then strikes. The warning can be difficult to hear, and often the snake strikes before a human can get away. Thousands of people in Africa used to die each year from puff adder bites. Now, antivenom saves up to 95 per cent of the human victims. 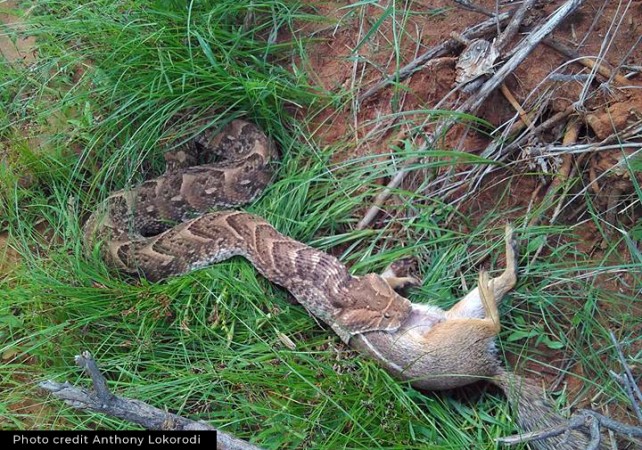 Snakes are an important part of the ecosystem acting as a natural form of pest control. Without them, the numbers of prey species would increase to unnatural levels.

They are both important and dangerous and the best way to understand them is by being better informed. The Mpala Live! online education program is developing more content to help communities better understand snakes.