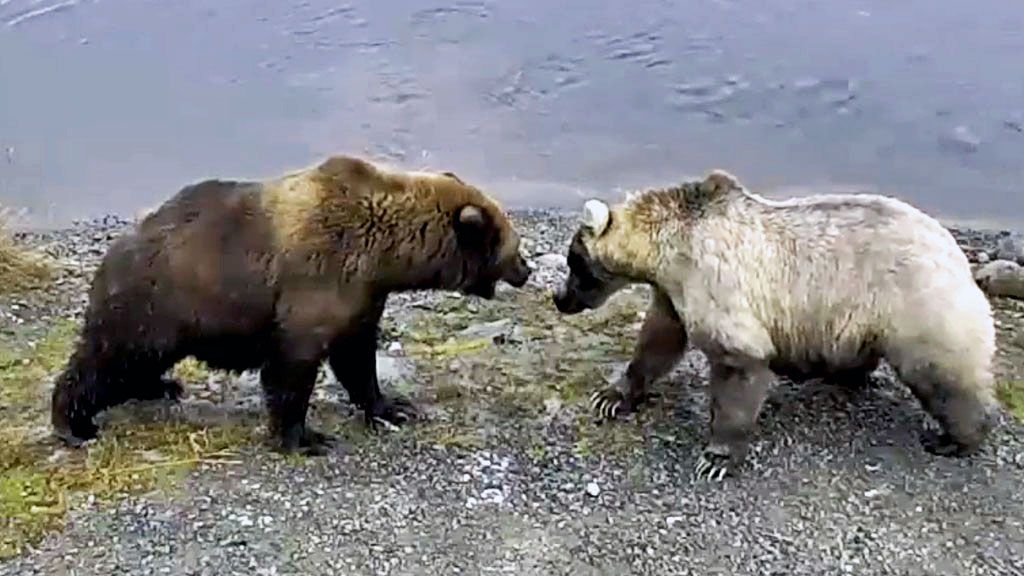 What started as a dip in the river escalated – very quickly – into a tense standoff on the Katmai #BearCam. Holly and her clan – Beary on the bridge, Magic under it – pass the time in relative peace. These moments of quiet placidity are swiftly shattered as Holly sends young Beary dashing away and sprints ashore, leaping against…who? Or what?

The camera operator pans to the left, and Bear 132 is revealed to us. She and Holly become locked in a showdown, mouths agape. Then we see what the fuss is all about. The camera continues to pan left to reveal 132’s own three huddled cubs, whom she herself is protecting.

It wouldn’t appear that any of the bears from either tribe really wanted to attack any other; the riveting action in this highlight is a testament to how protective mother bears are when they sense a threat towards their offspring, natural or adopted. And since danger is very real indeed – mature male bears have been known to attack cubs for food or to mate with their mother – the apparent touchiness from the mamas can be easily understood.

Catch the thrilling highlight below: