Evidence of Rapid Change in Katmai

East of Brooks Camp, beyond the view of the bear cams and through the fingers of a breached glacial moraine, are the largest tributaries of Naknek Lake. There, the Ukak and Savonoski Rivers spill across a broad, 1.5-mile wide delta. In a landscape often defined by change, this is one of the most dynamic places in Katmai National Park.

Photographs and satellite images offer a relatively easy way to measure changes at this delta. In the early 1950s, National Park Service biologist Victor Cahalane undertook the first extensive biological inventory of Katmai. Cahalane visited many places in the then national monument, including the summit of Mount La Gorce where he took this photo. 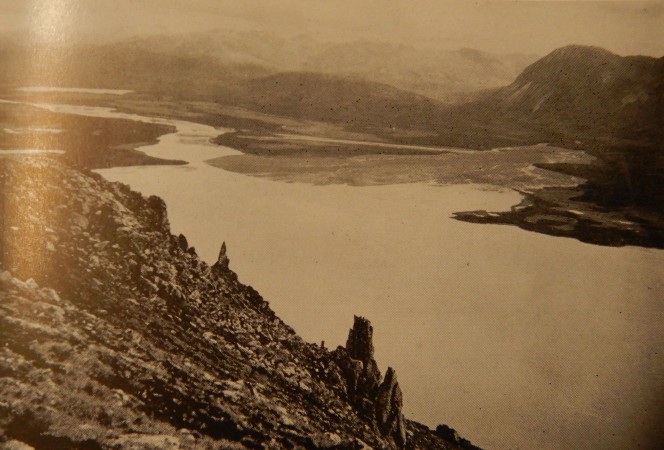 Looking east, the photo shows the Savonoski-Ukak delta. Iliuk Arm of Naknek Lake is in the foreground. Savonoski River enters the lake from upper right and Ukak River enters from upper left. Compare this photo with one I took from near the same location in 2010. 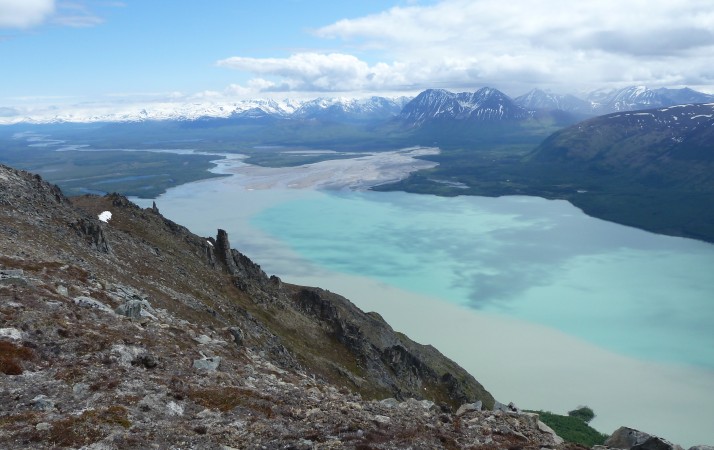 Since the 1950s, the delta has grown significantly, even as much as 1.5 miles into Naknek Lake!

Savonoski and Ukak rivers originate from glaciers that cap nearby Aleutian Range volcanoes. Glacial movement works the earth like a conveyor belt. The flowing ice erodes and entrains rock, sand, and anything else by plucking or abrading it away from the glacier’s base and sides. Stones and debris at a glacier’s bed are especially powerful erosive tools, grinding and crushing rock further. Consequently, glacial meltwater is choked with eroded sediment. The pulverized rock accumulates where water slows and no longer has the momentum to carry it farther. In this case that happens across a broad fan of gently sloping land near Naknek Lake. 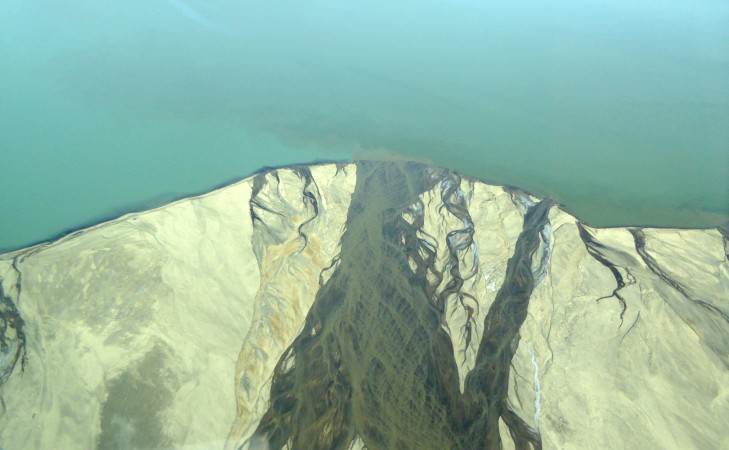 While both rivers carry large amounts of glacially-derived material, Ukak River is responsible for much of the delta’s growth over the last one hundred years, because it carries glacial sediment as well as volcanic ash and pumice from the Valley of Ten Thousand Smokes. The formation of the Valley in 1912 has likely increased Ukak River’s sediment load substantially. 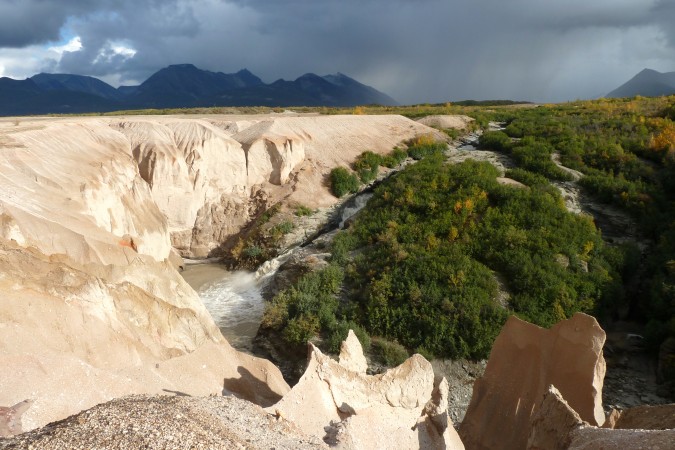 Iliuk Arm is perhaps the deepest place in Naknek Lake. It’s abyss reaches 500-600 feet below the lake surface, so it’s not likely to fill up anytime soon. Also, it is not the only place in the park that shows rapid change. Glaciers are receding across Katmai, a symptom and consequence of human-induced climate change. The Valley of Ten Thousand Smokes was formed during the 60 hour-long Novarupta-Katmai eruption of June 1912. Even Brooks Falls is a geologically recent feature, having only emerged from a receding Naknek Lake about 3,000 years ago.

This season on the bear cams, we often looked toward Naknek Lake, perhaps because a bear attracted our gaze. Sometimes, however, we looked just because the scenery was worth the attention. Mountains in the distance, like La Gorce and Katolinat, may seem like immovable stalwarts, but the real story of Katmai is not one of permanence. At the far end of the lake, the Savonoski-Ukak delta demonstrates that change is the norm.